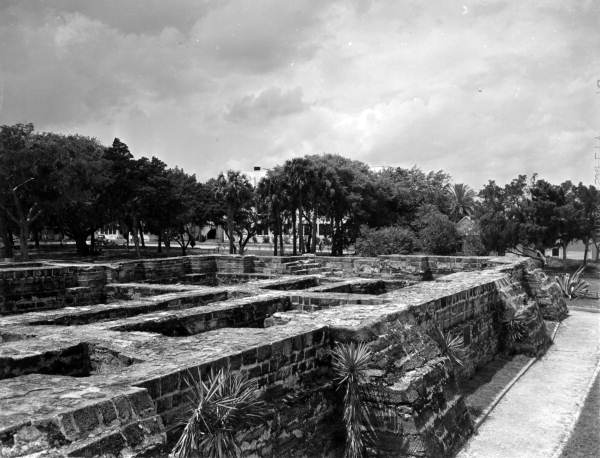 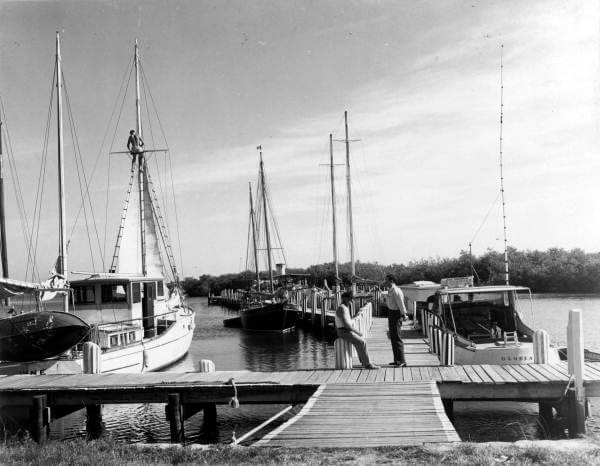 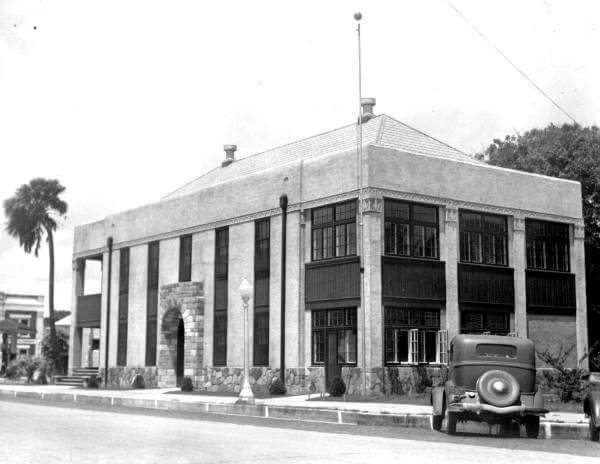 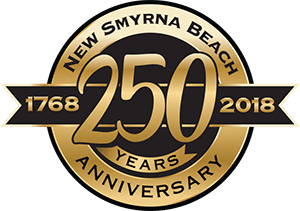 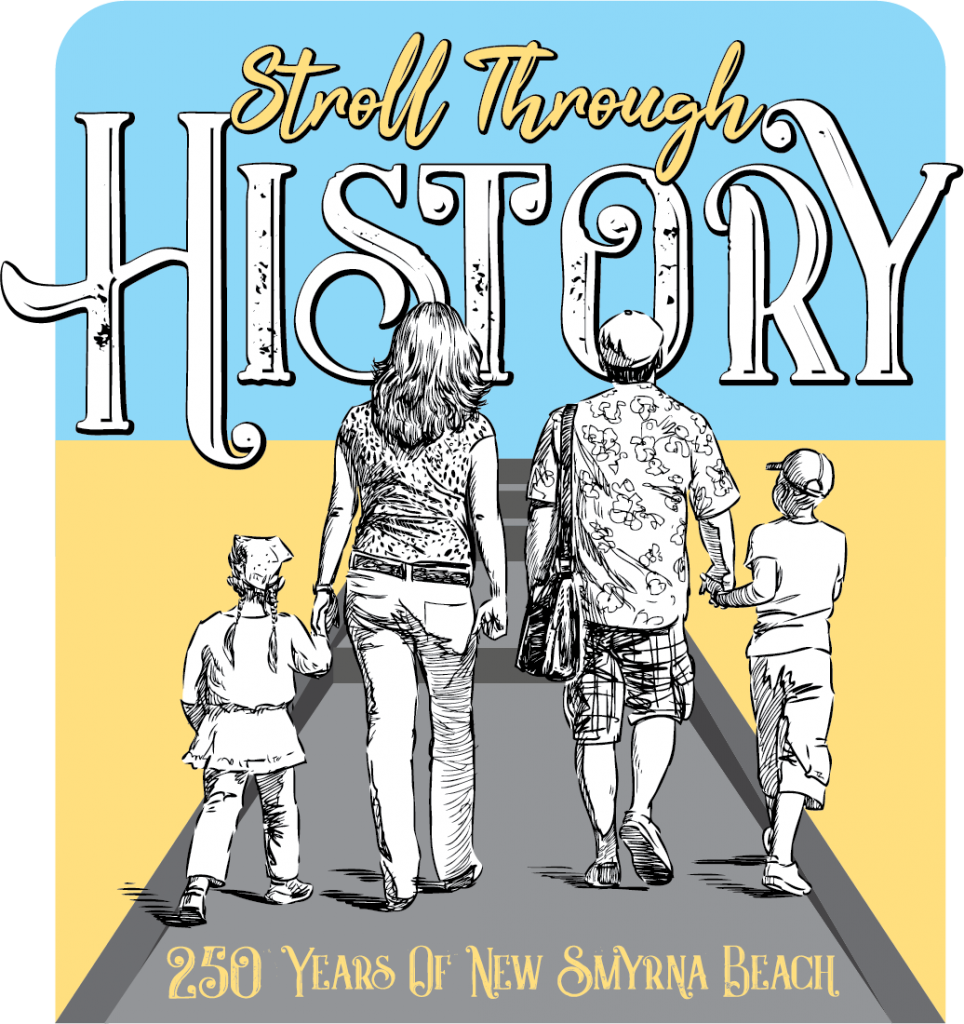 The event will feature information as it pertains to the history of the local area from the 1700’s, 1800’s & 1900’s staged in display areas for each time period:

Kids “Stroll Through History” Passport – Kids can pick up a passport at any info station and fill requirements by visiting areas indicated on their passport to get their passport stamped. A voucher for a free kids Blizzard desert donated by New Smyrna Beach’s Historic Dairy Queen can be earned by verifying completion of the passport requirements with the info booth. Free kids giveaway items will be available at all the Archaeology Discovery Stations and many other locations throughout the park.

Joseph Vetter – The Dramatic Story of the Turnbull Settlement.

Bus Tours – with a $5 donation available to 9 different historic sites within the city.

Living History Performers – from all 3 time periods will be available to interact and answer questions throughout the park. 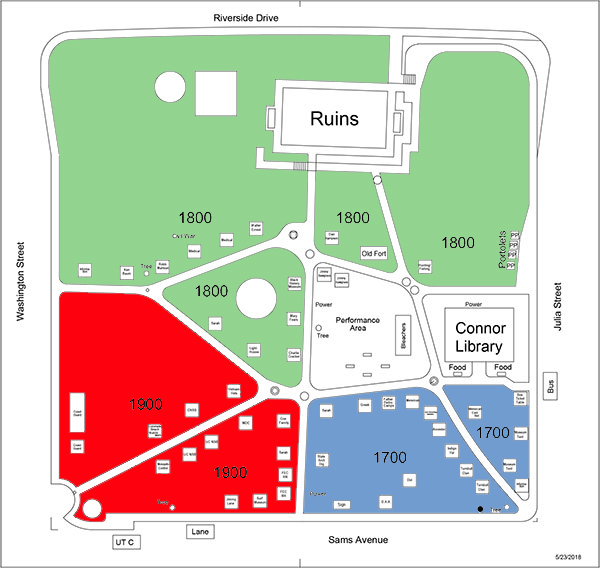 "A quaint little town with a fascinating history."

As New Smyrna Beach prepares to celebrate its birthday, one remarkable structure serves as the emblem of the city’s 250 years of history: the “Old Fort.”

Its origin is a mystery. However, one thing is certain: it was never a fort, even though generations of local children have scrambled around its coquina walls aiming their imaginary rifles and cannons at imaginary ships on the river fronting the structure.

The fort-like walls visible from the east, as seen in the photo, are actually exposed foundation walls that had been embedded in a large shell mound to support a building. In the early 1900’s the shells from this side of the structure were cleared away down to ground level and carted away for road bed construction. The resulting exposed fascade was “restored” in the 1930’s by workers of the WPA , who added elements to make the foundation appear like a fort. A part of the shell mound remains and can be seen the slopes leading up to the west and south sides of the ruins.

When the founders of New Smyrna arrived in 1768, the mound was quite large and covered with vegetation. Now called Old Fort Hill, the mound was one of many shell middens lining the shores of the intracoatal waterway. These were essentially trash heaps built up over hundreds of years by ancient Native Americans who discarded oyster shells, clam shells, animal bones and broken pottery.

So who built the coquina structure? There are two possibilities. Local archaeologists believe that the founders of New Smyrna, the Turnbull colonists, had begun constructing a large plantation house for Turnbull’s partner, Sir William Duncan, but did not complete it before the colony failed. Another possibility is that the foundations were built about 26 years later by an American named Ambrose Hull for his plantation house. Local archaeologist believe that Hull built his home over the Turnbull foundation.We may never know for certain who really built the structure.

We do know that a succession of dwellings have stood on Old Fort Hill and they all reflect the history of the little place called New Smyrna. As we’ve seen, Duncan’s manor, often referred to as Turnbull’s Palace, was not completed because the Turnbull settlers abandoned the colony in 1777. After that, New Smyrna ceased to be a town. It existed only as a spot on the map, part of a string of cotton and sugar plantations established along Florida’s north east coast during Spanish rule of Florida. Hull’s plantation house, built around 1803, was one of those. It was damaged by Indians in 1807 during the First Seminole Indian War, and then destroyed by American maurauders who swept down from Georgia in 1812. Hull never returned to his plantation.

The next house on the hill was a frame structure built after Florida became a US territory. It housed the family of John Sheldon, the overseer of a sugar plantation whose owners resided in New York.The neighboring plantation houses were much grander; one was even described as opulent. On Christmas eve in 1835, Seminole Indians attacked the plantations of New Smyrna and destroyed them all, including the house on the hill. New Smyrna was once again abandoned and no more grand scale plantations were attempted.

After the end of the Second Seminole War, John Sheldon returned to New Smyrna as customs inspector, and bought the Old Fort property.  A new economy had emerged with smaller scale farms scattered throughout the back country growing citrus and raising cattle. New Smyrna became a port for shipping goods north to Charleston and south to Cuba. At the same time, the bountiful fish and game of the Mosquito and Indian River Lagoons drew sportsmen from as far away as England.

“For many years New Smyrna was just a spot on maps, not a city or town.”

In about 1858,  to accommodate the people passing through New Smyrna by land or sea, Sheldon built on the Old Fort hill New Smyrna’s first hotel, the only hotel south of St Augustine. Five years later, in the midst of the Civil War, the hotel was shelled and destroyed by the Union Navy in an attempt to halt blockade running through the port. New Smyrna, which at the time was still comprised of only the Sheldon family, was again destroyed.

After the Civil War, Sheldon’s widow returned and constructed a building on the hill that would serve as an hotel, store, and post office for the settlers around New Smyrna. That building survived many years as peaceful times allowed New Smyrna to gain stability and grow into an actual town. The ramshackle building was torn down in 1903, and curious residents uncovered the coquina foundations.

After almost 250 years, the coquina foundation still stands on a hill in the heart of New Smyrna, the one constant in an ever-changing scene, reminding visitors of the town’s long and unique history. 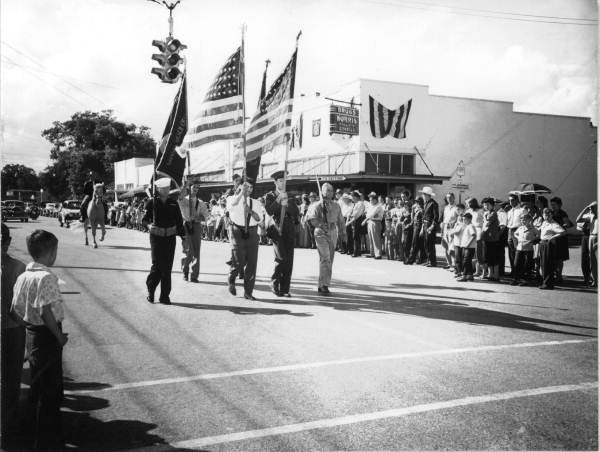 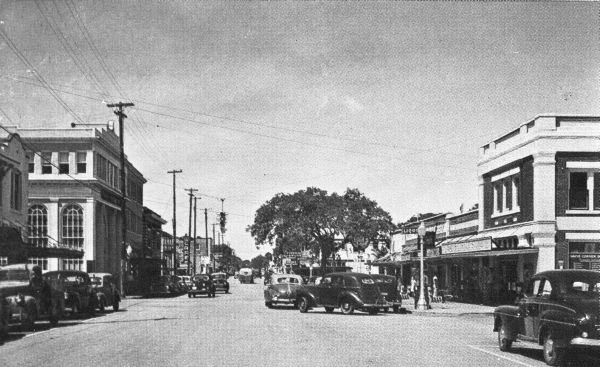 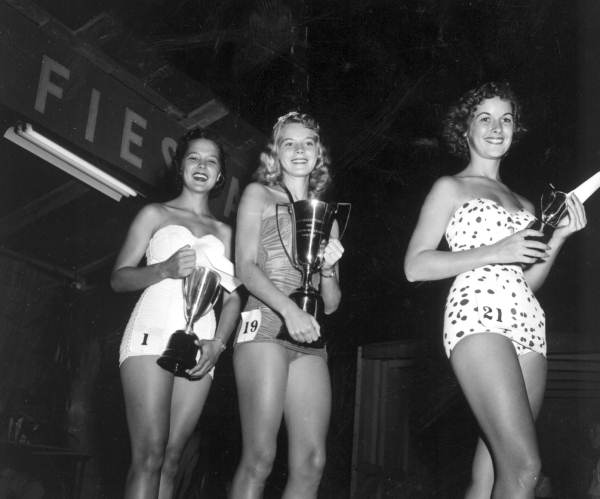 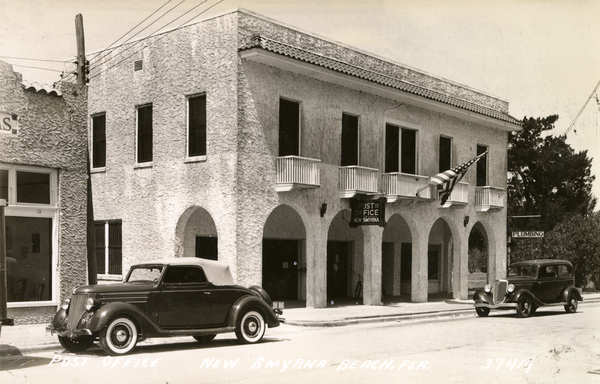 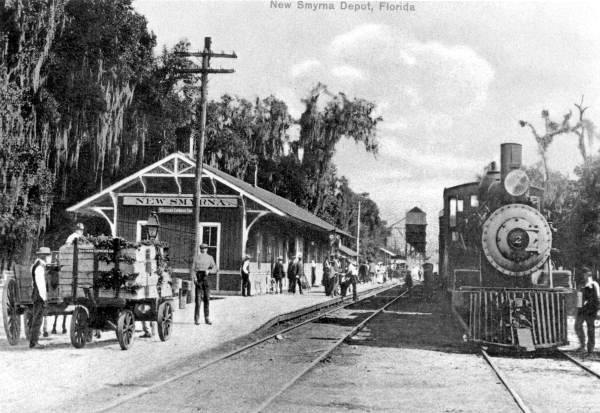 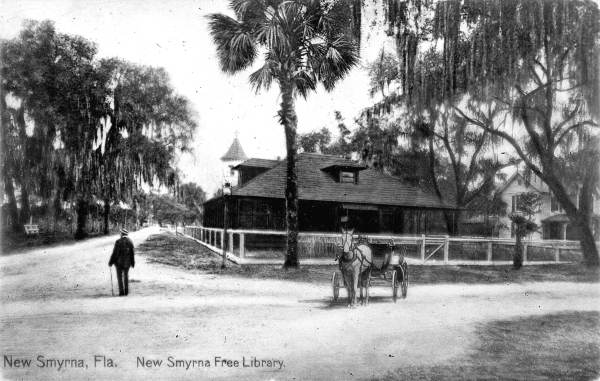 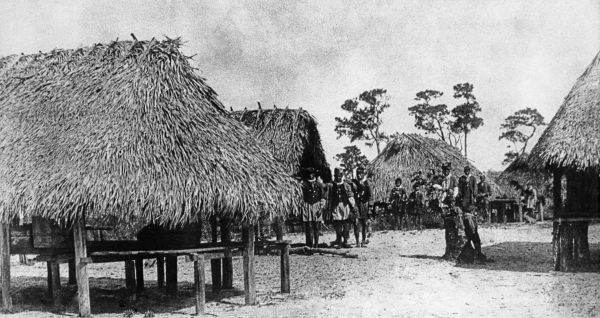 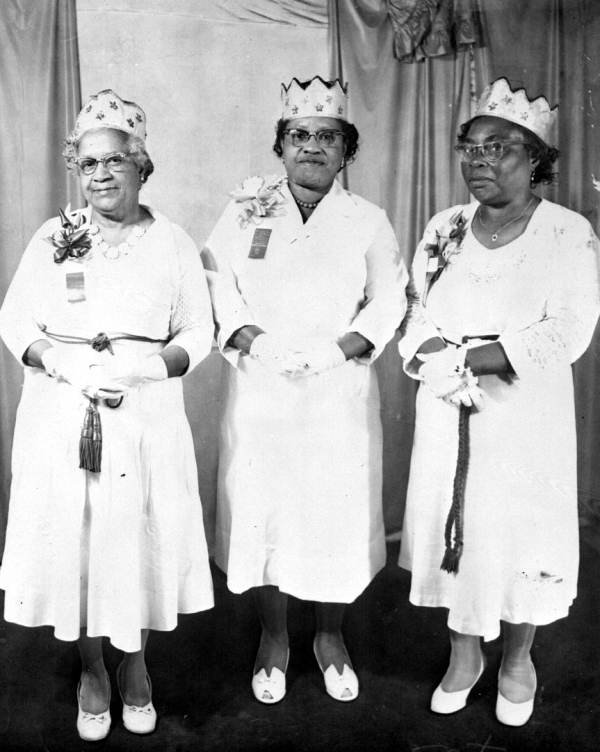 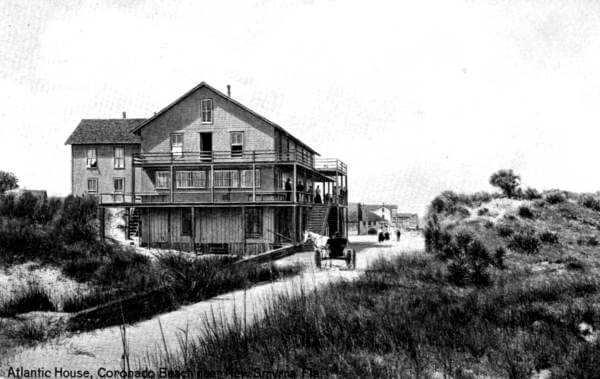 For more information on the history of New Smyrna Beach please visit: 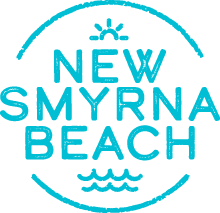 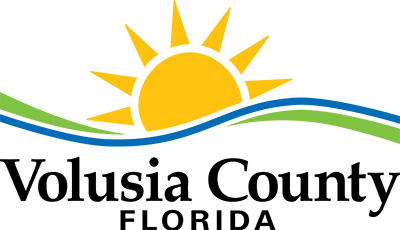